Holding Court is a new section of the ICSL website where the Holding Court team will sit down with key individuals in and around the league in get-to-know-you one on one interviews. HC is meant to bring us a little closer to all these key players, coaches, owners and administrators that make the league what it is today.

In our second installment we catch up Isaac Lugudde Katwe of Phenoms and find out a little more about his background in ball, his influences and his take on ball in South Africa. 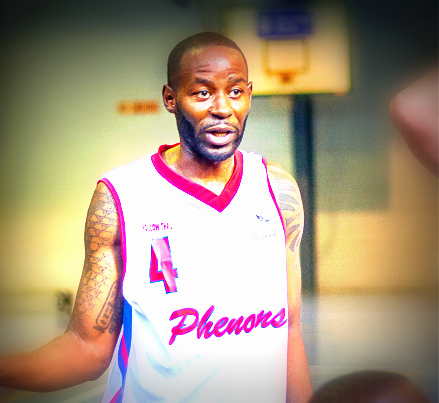 LK: “First off, Peace (the greeting I rather use than hi or hello) I am honoured for this opportunity to feature in your Q & A. Secondly, friends, family and fans, please give the ICSL a break. LOL. Lastly, Hope they listened.”

LK: “All the popularity comes from God working through me. I am forever humbled by all the recognition that comes with these platforms. Well, LK4 started from my neighbourhood and has grown with me since. I was born and raised in Boston, Mass (USA) from parents who are Ugandan. LK stands for my last name initials, Lugudde-Katwe and the 4 represents my jersey number. Out of 9 siblings, I grew up in a competitive family. All my siblings played Division 1 and Division 3 basketball, so I was born into a basketball family. The opportunity to play professional basketball on 4 different continents (All division 1), allowed me to understand the business/branding of the game. So, I made myself into a brand, from being a the Ugandan National team and competing for Olympic Qualifiers, to appearing on Big Brother Africa as the first pro athlete to be on the reality show, MC of events, actor/model, endorsement opportunities, and many other things that I am involved in. LK4 has now become a common house hold name across Africa and other countries on different continents. With over 100,000 followers on social media platforms (Follow me @LK_four on twitter, Instagram and Facebook fan pages and YouTube), it has allowed to me grow the game that I passionately love and at the same time, leverage business/marketing opportunities from it. This all is only possible due to the best sports management company in South Africa that I am blessed to be a client of, XL Sports Management Group.. That is where the LK4 brand stems from.” 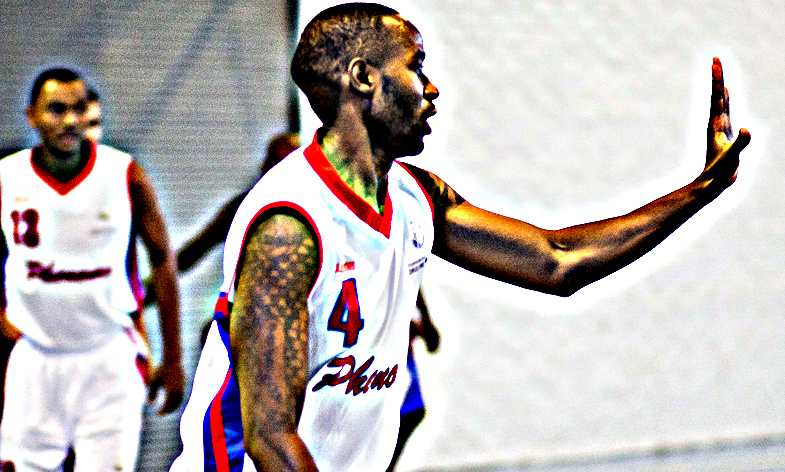 LK: “I didn’t know that I was an ‘”unknown quantity”? I have always done damage scoring wise where ever and whenever I step on a court all over the world, regardless of the degree of competition.My game was developed back home in Boston, in fact, I give all my credit as an offensive juggernaut to my former AAU team and Boston Celtic feeder program B.A.B.C (Boston Amateur Basketball Club) owned by the Great Leo Papile and then my basketball grooming from Bill Raynor. I have just been blessed by the Basketball Gods to be around the right people and program, from 5 years of age, to now. I am a humble student of the game which means I am always in the lab (court, gym) studying how to be a better player. A lot of people talk about the game and want to play the game, but they lack the will power to train and get involved in the process of the game. I just trusted the Process and still do.”

LK: “I think it will be unfair to compare any countries basketball culture to that of South Africa. Cultures are different and people execute different things depending on the environment that one lives. In SA, it is not a mandate to play basketball as a school curriculum as it is in other countries. So that in itself is different. I think SA has a great environment and people love the sport, off and on the court. The governing body BSA , ICSL and BNL have actually done a great job and continue to do so, as the game is growing massively in just the short period of time that I been here.”

LK: “I thank you for that. Christian and I are both learning for that matter. We have two completely different games, were I can play almost all positions on court and he is a lethal combo guard. So, the balance comes in just complimenting one another. I think we focused so much on offense and have neglected the other key factor, defence. That is what we are working on now.”

LK: “Yes it has made me more aggressive for a win, however basketball is not an individual sport, it is a team sport. He has missed a few games, and yes that has hurt the team and any time a person that contributes to 30% of the game is not present, that automatically has an impact on the game. However, my teammates have been trying to do their best and they are giving it 100%. Phenoms is bigger than Christian or myself. I haven’t played in the last games due to an elbow injury but my teammates have stepped up and carried any load that is needed to be carried. I am proud of them.” 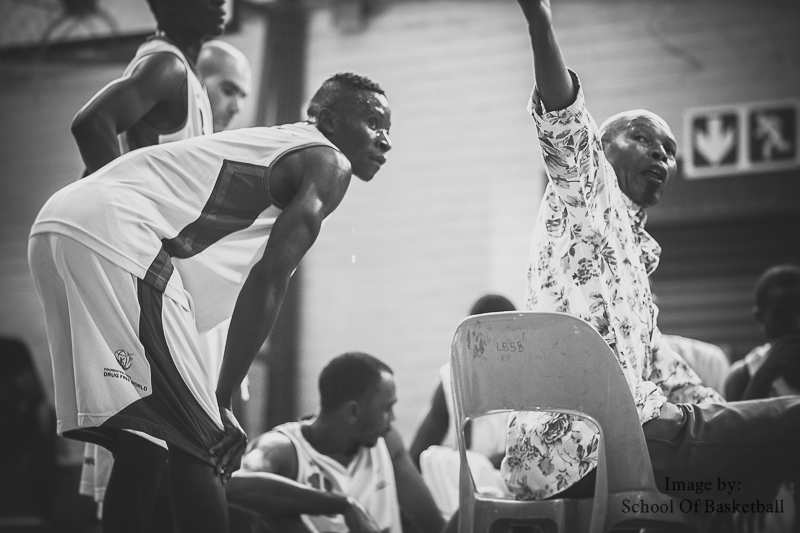 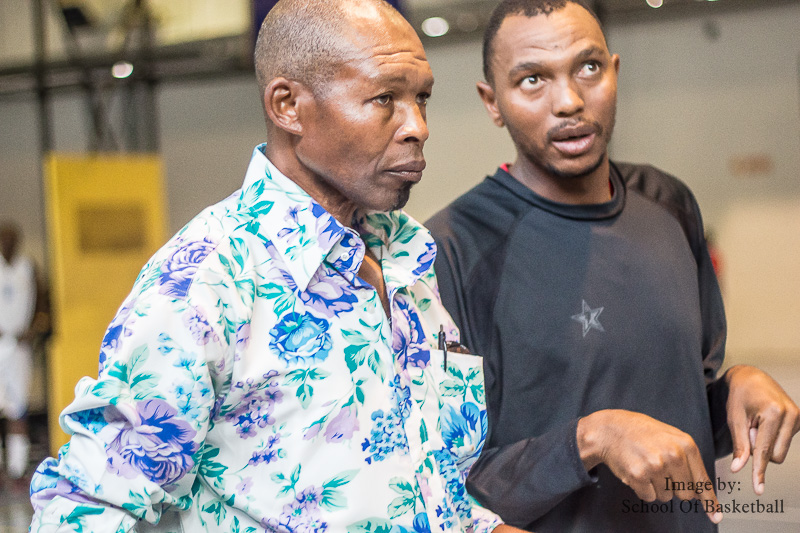 LK: “Richard Tale has done a good job and I think he is very misunderstood. His formation of the Phenoms has been great and yah, we did make noise and are making noise, but some noise is best seen than heard. I think we collectively need to just work on our defence and closing games. So, coaching and emotional maturity on the court have really affected us.”

LK: “No, we are not judged quickly, we just have some, if not the best, players in SA on one team. So, a lot of expectations are there and those other teams have made their mark and won. We haven’t won anything so we are still climbing. We respect all those teams, they have done great work.” 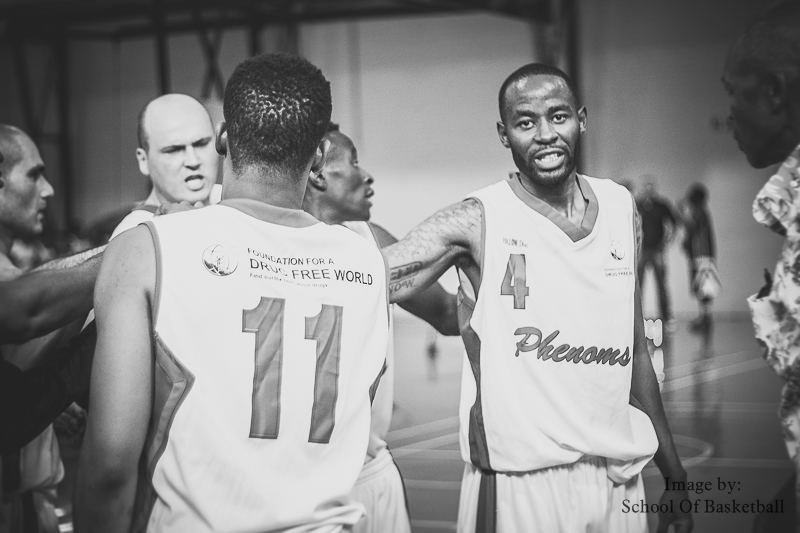 LK: “I don’t believe, because believing is to have doubt. I know that we are on the right path. “Knowing”, that is what’s key. Any team I step on court with to do battle with is on a right path, because sky is not the limit, it’s bigger than that. So are we on the right growth path, yes, affirmatively. Even in defeat, there’s valuable lessons to be taken to help propel you to victory.”

LK: “I have 19 tattoos and they are all significant, however, the “Live and Learn” on my chest, is very critical in all that I do. The constant reminder that matters of the heart always form as teachers, teaching you a lesson.”

LK: “I am old school, so I will have to say the Penny Hardaway’s Nike Uptempo”

LK: “Michael Jordan. One and only, next comes Kobe. LOL”

LK: “Thanks again for the opportunity and for all you’re doing for the growth of basketball.”

This entry was posted in Holding Court. Bookmark the permalink.
Click here to cancel reply.